A long time ago in a galaxy very, very close…. two brothers were awesome.

As with many stories, there are multiple perspectives. In this particular story, there are three sides.

A couple of months ago Harper mentioned to my dad that he always wanted to put a wrap on my dads truck. My dad wasn’t exactly excited by this idea but thought he was safe. My parents went out of town last week and in a cruel twist of fate they took my dad’s truck instead of my mom’s car. Well played dad, well played.

I called Harper up and told him that there was a car available for wrapping. Then the planning ensued. A lot of discussion happened about what to do to the car. We talked about putting our faces all over it or just really huge on the front. Then Harper hit on the best idea ever. 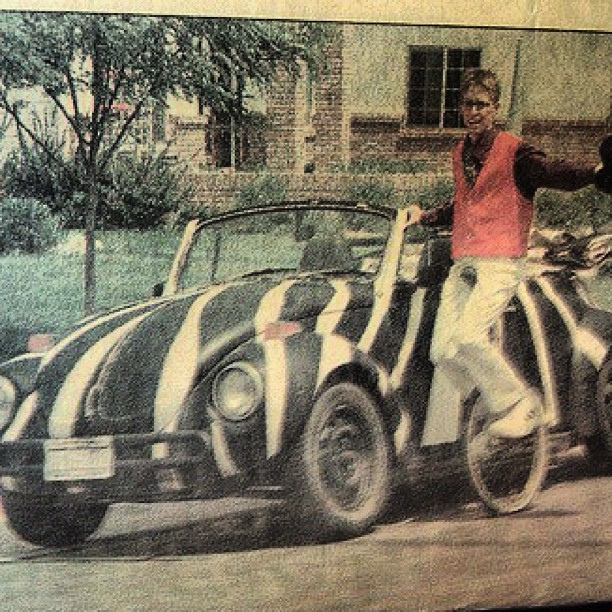 Shortly after I turned 16 my mom, Harper and I went to Burlington to visit family. My dad didn’t go because of work. Usually when he stayed home we would come home and he would have done some project around the house. And this time was no exception.

During this weekend he had taken the liberty of repainting my 72 Volkswagon Convertible Bug. Not red as it had previously been, but instead he painted it with Zebra stripes. He did a really nice job and I enjoyed driving that bug around until I got a different car. About 4 years.

So Harper suggested that we wrap mom’s car in zebra stripes.

OMG. I have wanted to wrap someone’s car as a joke for years. I found out that it isn’t super expensive from a friend who wrapped some ads on a car and since then I have been infatuated with the idea. When I was visiting my parents awhile ago I mentioned to my father how hilarious it would be to wrap his truck with something ridiculous (pink and bows and hilarious things). He was, obviously, not thrilled.

This did not stop me.

I found out my parents were going to be gone for the week and didn’t think anything of it. Dylan, on the other hand, had an amazing idea.

This was music to my ears. Angels were singing. I had just won the prank lottery.

My parents had recently purchased their Ford Flex and were very excited about it. It was a car they had coveted for awhile and they love it. When the opportunity came to “fix” it, I couldn’t resist. I had to make it awesome!

Dylan and I bounced ideas off one another and couldn’t quite come to the BEST thing to do.

Then I remembered Dylan’s beetle. And I thought: ZEBRA STRIPES!!! Dylan immediately thought this was the best idea ever, and went ahead pricing out wraps. Luckily we had some contacts at a sign shop in Greeley that was able to do it for not too much money.

The results were amazing!

The other part I was excited about was the unveiling. I purchased a couple Dropcams and Dylan installed them. We then recorded every bit of the discovery. I can’t wait to see their reaction!

We had just arrived back home after a 9 day driving vacation to Bellingham, Washington. We took our pick-up, instead of the Flex, as we were taking a scooter to Bellingham for a friend.

Imagine our surprise when we opened the garage door and saw that our beautiful RED Flex had been replaced with a zebra Flex. We were speechless at first until Steve finally said, “I am not very happy about this.”

As we examined the car while carrying in our bags and such from the pick up, we still weren’t sure what we were seeing. I am sure we made a lot of comments. Some good and probably some bad. We found out later that we were on camera as there were 2 cameras installed in strategic places in the garage. We discovered the cameras because the boxes for them were left on the kitchen counter. I must say we were pretty amazed!

After talking with Harper and Dylan we were able to see the humor in the whole situation. Dylan came over shortly after we got home, and we all had a great laugh. We went to dinner that night with Dylan and our wonderful daughter-in-law, Sarah, and laughed throughout the whole dinner!

The wrap is still on and it has now been a week since we have been home. It is amazing to see people’s reactions, some smile a huge grin and some laugh and take pictures. Some people don’t notice, or at least don’t react.

I think people think our sons are crazy! However, the humor, passion and creativity that they both possess has made our lives richer and definitely more fun!!

Pics or it didn’t happen

We have a lot of pictures and media. We will post it here as they are created! 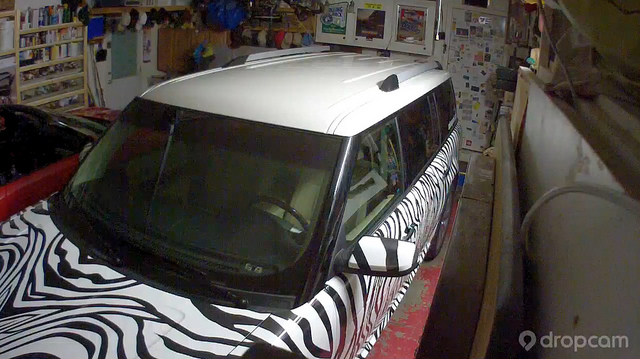 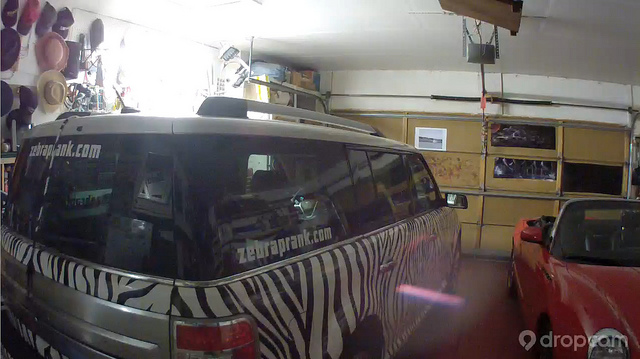 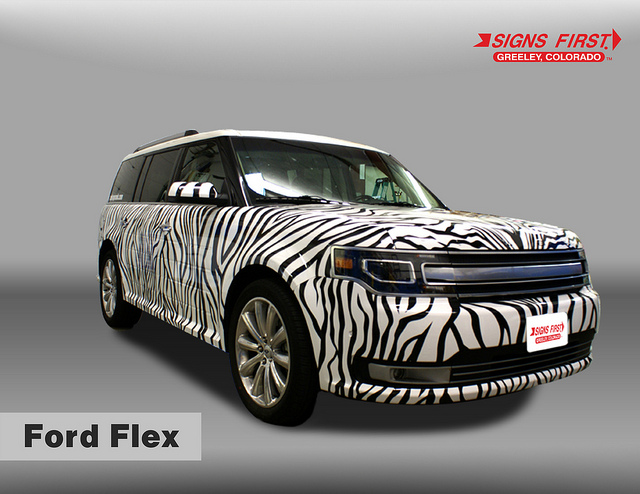 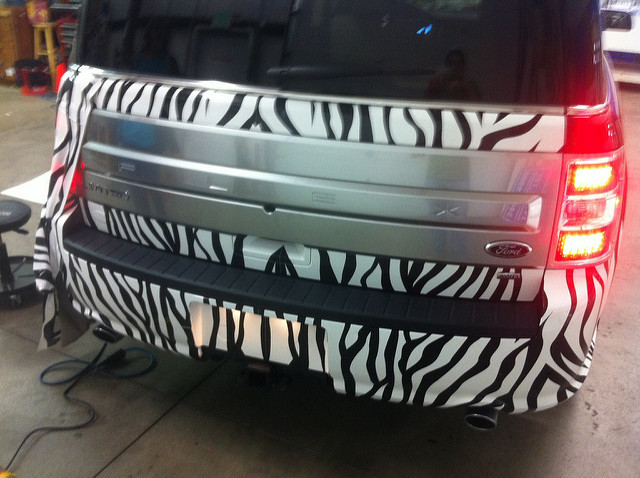 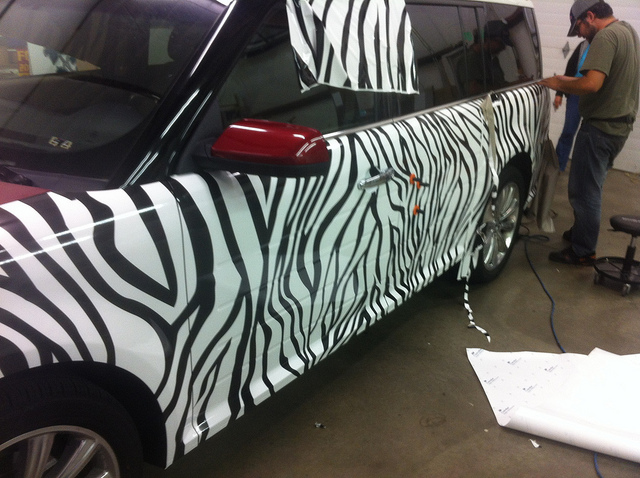 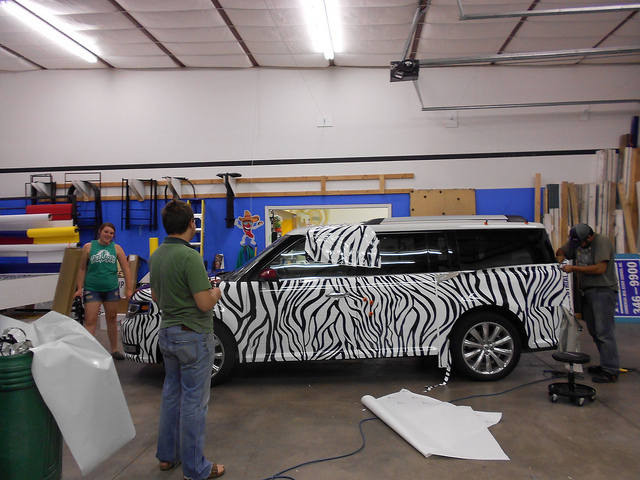